Whether you are planning a Kids Disco, Child’s Birthday party or a Kids Disco Party for 20 at the local church hall, or a High School Disco for an audience of 200, we can supply your requirements, and at our usual competitive price.

A kids mobile disco for our younger customers is as important as a disco for a wedding and we believe in making it as enjoyable as possible and interact with the children as much as possible we love our kids disco songs.

you do not have to worry about is the children. We will entertain them. As a parent, you will not have to do anything except feed them in middle.
We are interactive with the children right from the start and do not just sit there and play music.
Games such as musical bumps, statues, chairs are standard as well as some of our own games.

including Conga, Hokey Cokey, The music man still capture children’s attention and having an assistant at the front to show them the dances makes it fun and
keeps them focused as well ( even the boys find this entertaining).

INTERMEDIATE
When the children are a bit older ( 7 or 8 ) if we feel the kids would like, we then add in teams games like races using balloons and hoops, space permitting.

At the magical teenage years the choice of a Disco and its contents get harder, do we still want games? do we just want to dance to chart music?
do we want to have fun and do party dances? the list of questions is endless.

The main answer, however, is if you want it we can provide it for you and can make it as fun as you would like it to be.
As with our junior disco’s if it’s in the evening especially on a weekend it will be the same price as an adult disco but we will tailor it to your Teens own individual requirements. Unlike our junior disco’s you are not limited to a 2-hour show and you do not have to stop for a food break.

Why not add KARAOKE

Karaoke can be added on to any of our younger person Discos and can even be booked without a disco. We cater to plenty of schools and Language schools with Karaoke only nights.

Our Glow UV Disco Party adds a cool, playful effect to your teenage party. UV (ultra-violet) lights create an ambient purple haze around a darkened venue.
White, neon or fluorescent clothing and glow accessories (available as an optional extra please enquire at the time of booking) shine brightly under our UV lighting, which not only looks awesome but is great fun too!

Using UV, laser & strobe light-show gives you stunning lighting effects in one fantastic party – UV lights to transform your venue into a glowing wonderland and laser and FX lights for a mini night-club party atmosphere!

Why Not Add Snow Effect To Your Children’s Party!

Snow machines are one of our most popular special effects. They are very cost effective & produce an amazing effect.

This fun party game has been around for years and can be enjoyed equally by children and adults.

This is a game that will bring laughter and maybe some tears as you try to limbo lower and lower!

They should hold the stick in cupped hands, so that it will fall easily if touched.

The children take turns going under the stick without touching the stick, bending their knees and leaning as far back as necessay.

No hands may touch the floor.

This will be easy at first but with each round the stick gets lower.

Anyone who falls or touches the ground with their hands is out.

***One consideration on our childrens disco, is the Strobe light must NOT be used if any of the children suffer from epilepsy***

***Please check (We can look too as we know what to look for) with the venue if they have a smoke alarm, as we will not be able to use the smoke machine***

All our DJ’s are fully CRB checked.

During a weekend it is better to book a party that ends before 4.30pm as many DJs have evening parties to do as well.

We can do night time parties for children but they then become priced the same as an adult disco. Please contact us to find out the difference.

PLEASE CONTACT US IF WE CAN ANSWER ANY QUESTIONS YOU MAY HAVE ABOUT OUR PACKAGES OR WOULD LIKE US TO HELP YOU COME UP WITH AN INDIVIDUAL PACKAGE. Call 07729 224 597

We win awards too…. 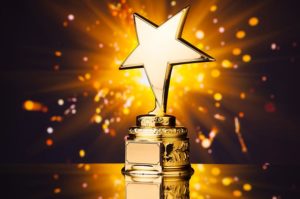 Scroll Up Do NOT follow this link or you will be banned from the site!
We use cookies to ensure that we give you the best experience on our website. If you continue to use this site we will assume that you are happy with it.Ok